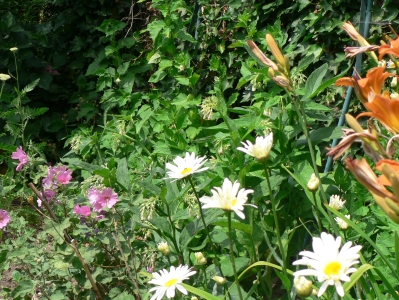 – Kosher Fish: provides a searchable list of kosher fish in Hebrew, English, Spanish, German and French. Just type the name of the fish and you will be told whether the fish is kosher or not. Especially useful on vacation when you don’t know all the names of the fish in other languages.

– IBerakhot: Type the name of the food you are about to eat and will you know what brachah you should say and the text of the brachah itself (in French).

– MangerCasher: Helps you find a kosher restaurant, bakery, butcher, deli or store in France. Useful for the traveler to France as it also contains a list of authorized products available there.

– Siddur: A whole weekly siddur. This app allows you to choose your own nusach. You find the zmanim for your location, the addresses of the nearest minyanim, a Jewish calendar and a number of other features. Rabbi Eli Fink has written a much better and more thorough review, check it for more information.

– SpringCleaning: This is not strictly speaking a Jewish app but was developped in Israel. This little app enables you to delete the contacts you don’t use very often from your contacts icon while keeping them in store in case you ever need them. As a result scrolling down your contacts is quicker as the old contacts don’t get in the way. 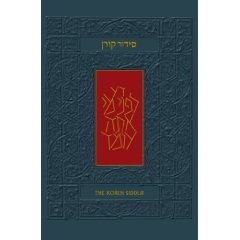 I received the new Koren Sacks Siddur last week and started using it after Shabbat. I had already reviewed this siddur but it is one thing to know about something and quite another to actually experience it. Here are my first impressions about the new siddur.

– The Hebrew on the left and the English translation on the right. I had read about this in one or two articles where people said it had taken them five minutes to get used to this new organisation. As far as I am concerned I guess it took me about thirty seconds. It just feels natural.

– A very clear layout with more paragraphs than in most siddurim.

– References to Biblical passges in the margin next to the text and not in footnotes. This means you are not distracted from the text if you wish to know where a passage originally comes from.

– The commentary at the bottom of each page and the additional explanations at the end of the siddur.

I have noticed a few differences between the original British Sacks Siddur and the Koren Sacks Siddur.

The ones I like:
– In the Amidah, the optional paragraph when you wish to add personal requests is in the middle of the blessing and not after which is more logical and convenient.
– The table of contents is slightly different and more explicit. I feel it is much easier to find a particular prayer.

The ones I don’t like so much:
– No paragraph for air or sea travelers in the Tefilat HaDerech (traveler’s prayer).
– No shorter form of grace after the Birkat Hamazon (grace after meals).

So far I have found it very user-friendly and reckon I am going to adopt it as my daily siddur. 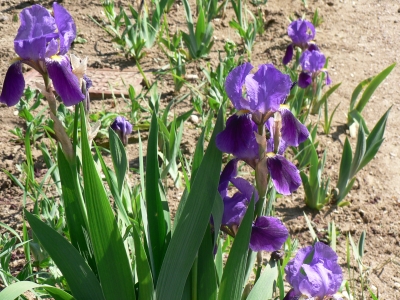 A few weeks ago I reviewed the Koren Sacks Siddur which was due to be released this month. The editor kindly told me via email they had linked to my blog on the Press/Reviews page of their new siddur website, which rather pleased me.

On Friday morning, however, a completely different comment was added to the post mentioned above. It read Buy it here and linked to an online Judaice store. Apart from this there was nothing else, not even an email indicating who at the store had posted the link.

I found the procedure rather distasteful and indelicate. Therefore I visited the site, found the contact page and left a message indicating that since they had neither bothered to ask me beforehand nor left an email address I had chosen to spam the comment.

Do you think I overreacted? How would you have responded?

The Koren Sacks Siddur is due to be released in 2009. It is he first major bilingual Orthodox synagogue prayer book to be released since the ArtScroll Siddur in 1984.

Here is a short review of some of its features:
– It includes a translation and commentary by Sir Jonathan Sacks, Chief Rabbi of the British Commonwealth (based on his 2006 Authorised Daily Prayer Book).
– The layout of The Koren Siddur is innovative in several respects. Contrary to the convention of nearly all bilingual siddurim, the Hebrew appears on the left page and the English on the right. This is not the case in the Hebrew Daily Prayer Book.
– In addition to the translation and commentary, the Koren Siddur includes italicized English instructions on both sides of the page.
– The Koren Siddur, presumably because it is a bilingual edition of an Israeli siddur, is much more Israel-conscious than the ArtScroll.
– The Koren Siddur is more inclusive of women both in terms of its content and in terms of its instructions.

I own the Hebrew Daily Prayer Book translated and commented by Chief Rabbi Jonathan Sacks and am more than glad to see that the OU is publishing an American version.

This post is based on a much more detailed review where the translations found in both the ArtScroll and the Koren siddurim are compared and commented.
On the Main Line has also written an enthusiastic review of this new siddur.

This is post #251 so I thought I would put a personal review of some of my previous posts over the past 15 months or so. My top five favorite posts for the period June 2007- January 2008:

Another step in becoming observant is learning Jewish prayers. To pray one needs a prayer book. In Hebrew the word is siddur (Hebrew: סידור; plural siddurim), from the word seder which means order because our prayers follow a set order.

So I set out to buy a siddur, went to a Judaica store in Paris and explained, too briefly as you’ll see, what I wanted. The shop-keeper advised a recent prayer book with explanations. The text was in Hebrew on the right and in French on the right. I did not look at any other version and bought this one.

I was quite happy with it for a while until I discovered its shortcomings. The siddur was a Sephardi version and I wanted an Ashkenazi one; all my fault since I should have asked for it specifically. What’s more, whenever a prayer had already been featured in a previous service, it was not repeated with the French text, only in Hebrew and in much smaller type. For someone who was struggling with Hebrew, this was not a detail. Finally it was a bit too big for travelling.

So I went online and typed “siddur” on the French Amazon website and the first that came up was The Complete ArtScroll Siddur. I then ordered the pocket-size thinking it would be easier to carry around. I made sure not to repeat the same mistake and chose the Ashkenazi edition.

Mostly it was fine but the fonts were a bit small this time for every day use. At that point I decided that one really needs two siddurim, at least, one for every day and one for traveling. I consulted my rabbi about the Sim Shalom siddur and he advised the older edition, mainly for the translation.

Some time later I was staying with a friend a little before he left for a ten day visit of Hungary and Poland. He mentioned that he did not have a small Ashkenazi siddur to travel. Since I had my copy with me, I gave it to him.

I now had one big Askenazi siddur but no small one. At that time Chief Rabbi Jonathan Sacks released a new commented version of the famous Singer’s Prayer Book with a new and more modern commentary. This time there were more sizes and I settled for the standard edition which is bigger than a pocket-size but smaller than the big one.

It turned out to be the perfect choice. It is pleasant to use on a daily basis but also easy to put in a bagpack when traveling.

What siddur(im) do you use and why?