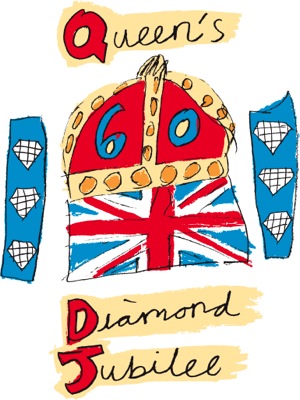 With the Diamond Jubilee next weekend and the Olympics in the summer, the eyes of the world will be focused on the UK for a while. I thus suggest you test yourself and try to answer this quiz about British culture in 60 questions.

1. What are the nations that compose the UK?
2. What is England’s national flower?
3. How many inhabitants are there in England?
4. What is the most popular food in Britain?
5. What river flows in London?
6. What is the Tube?
7. What is a double-decker?
8. What is the name of the famous London clock?
9. Who is David Cameron?
10. Saint George is the patron saint of England. He was famous for killing something, what was it?

21. What is Liverpool famous for?
22. What are the main two political parties? Are they right or left wing?
23. Which religious building did Christopher Wren build?
24. What is Hadrian’s Wall?
25. Who won the Battle of Trafalgar?
26. Who were Elizabeth the first’s parents?
27. Name Henry VIII’s six wives.
28. What is Harrods?
29. Name the four Beatles.
30. What did Forrest Mars invent in 1933?