Bind them as a sign, Rachel writes about teffilin

Religion or Pseudo-Religion: Orthodoxy and Torah Values, an article by Rabbi Marc D.Angel

The Dangers of Magic: On Parenting and Idolatry, a post at Open Minded Torah 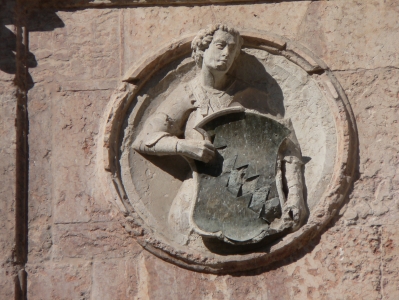 The Mesorah project last year had been such a success, thanks to all the excellent contributions and wonderful comments, that I was thinking of initiating another one.

Then after I had read Leora’s post about blog interviews and her words of encouragement in the comments, an idea for a new feature on this blog began to take shape: the weekly interview.

I contacted a series of bloggers whose sites I regularly visit and who readily accepted to be part of the project. I then drew up a series of questions which my friend Rachel was kind enough to review and sent them off to the interviewees.

The first people to participate all have three things in common: they live in Israel, have made alyiah and blog.

Window Views: window, and now doors, from all over the world can be found on Mary’s blog.

Preheat oven to 400°F. Place potatoes in a large roasting pan; drizzle with oil and turn to coat evenly. Add bell pepper and onion. Season with 1/4 teaspoon salt and pepper.
Roast the vegetables, turning the potatoes once or twice and moving the pepper and onion pieces around so they brown evenly, until the potatoes are starting to brown and are almost tender, about 35 minutes.
While the vegetables are roasting, finely chop parsley, lemon zest, oregano and garlic together to make gremolata. Season halibut with remaining 1/4 teaspoon salt and pepper, then sprinkle with the gremolata.
Remove the pan from the oven. Push the vegetables to the sides of the pan and place the halibut in the center. Spoon some of the onions and peppers over the halibut.
Roast until the vegetables are browned and tender and the halibut is opaque in the center, 10 to 15 minutes more, depending on the thickness of the fish. Serve with lemon wedges.

Since I had potatoes and halibut in the kitchen last week, I googled these two words and found this recipe which roasts them together and is wonderful. I have altered the recipe slightly in that I add the whole gremolata before cooking since I can’t digest raw garlic, cooked garlic is fine. I also used cilantro since I had no parsley and always enjoy its flavor. I suppose it is also possible to use orange zest or a mixture of both lemon and orange.

Some of you may be aware that I was without my IPhone for what seemed like age; in fact probably no more than 10 days. It had dropped on the ground and, whenever I switched it on, all I got was a blank screen.

I therefore phoned AppleCare through my mobile network operator and got a fine and efficient answer. First, UPS came to my house to pick it up. Then, after three days, they sent me a brand new one.

When I got the new one, I was instructed to connect it to ITunes, just as with the previous one. When the software recognized that it was connected to an IPhone, I got a message asking me if I wished to restore my former data to the new phone. I clicked “yes”.

It took the phone quite a while to do this but, in the end, all the apps I had previuously downloaded (for free or through the App store), the ringtone I had added, my phone contacts, everything, including the different times on my alarm clock, were installed on the new phone as if nothing had happened.

This was only possible because I had regularly synced my Iphone to the data on the computer. So I suggest that if you are the lucky owner of an IPhone, you should try to perform this simple operation every now and again. It might save you a lot of trouble in the future.

This photo was taken in Ramatuelle two weeks ago. 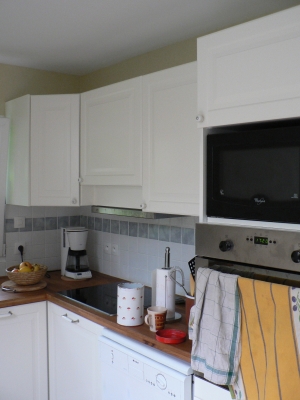 Some of you may remember that I have had several problems recently with electric appliances bought at Ikea when we revamped the kitchen almost four years ago.

Thus in January the glass-ceramic cooktop went bust while in April it was the oven which stopped totally and whose door was blocked when I tried to run the self-cleaning cycle before Pesach.

I didn’t contact Ikea the first time for various reasons but just replaced the glass-ceramic by an induction stove. When, however, the second problem occurred I wasn’t amused, to say the least, and thus phoned their after-sales service.

I talked to a lady on the phone who did not seem very concerned by my problem and just told me the warranty was over so this wasn’t their responsibility any more. However she’d call the local Whirlpool dealer who would get back to me in the next 24 hours.

After three weeks had elapsed and nobody had called, I decided to phone Ikea again. This time another lady suggested I phone them myself. When I subtly hinted that I was annoyed at the dubious quality of the electric appliances they sell, she replied that I should contact another service but failed to give me their phone number.

I was quite irritated by then and thought I’d better phone the repairman a friend had suggested. Just as she had explained, when I called him, he answered, apologised that he was busy but promised would phone me back within the next 10 minutes, which he did. We arranged an appointment for last Friday. This guy arrived, on time, fixed the problem in less than 20 minutes and charged me 10% of the cost of a new oven. Which came as a pleasant surprise since I expected the worst. He was friendly, worked efficiently and cleaned the area where he had worked when he was finished. The oven is now back to normal and I was able to bake my challot after his departure.

A few key-words and clicks on the Internet seem to point to Ikea’s faulty ovens and poor after-sales service. In comparison, Apple were quite helpful, courteous and efficient when my Iphone broke down two weeks ago.

Big and small businesses alike might be well-advised to keep in mind that we are not only one-day customers but potential buyers for a number of years and that most of us have a memory.

Blue and white on Israel’s highways, a series of photos by Mrs.S.

Time to wake up, a JPost article 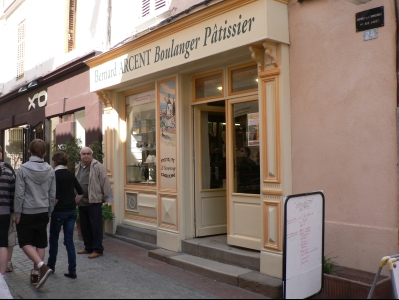 The following recipe is based on Norene Gilletz’s Dill-icious Cottage Cheese Bread with a few variations.

Knead for 2-3 minutes. Shape into a ball, cover with cling film and let rise in a warm place until double in bulk, at least one hour.

Then divide the dough into two smaller balls. Shape one, put it into a lightly greased baking tray and let rise for another hour.

Add 1 tsp dry dill, 1 tbsp spring onion and a pinch of cayenne pepper to the second batch. Knead to mix the ingredients. Let rise on another baking tray.

Before baking, flour the top of the loaves lightly. You may also brush the second one with olive oil and sprinkle with coarse salt before sprinking the flour.