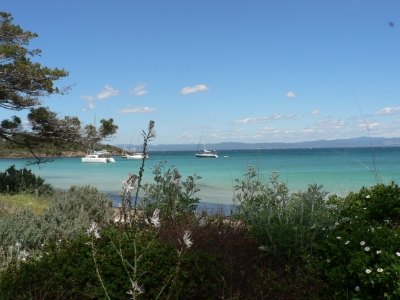 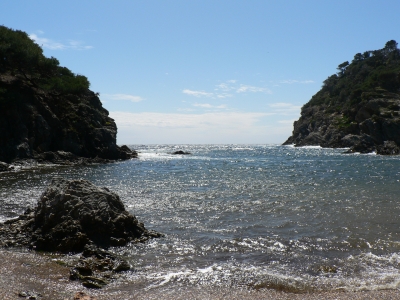 Porquerolles is the largest, most westerly of the three islands in the Îles d’Hyères. It is a beautiful island I went there for the day on a very sunny April day.

Robin at around the island has created a new meme: Summer Stock Sundays.

Share your barbecues, your beaches, your cannonballing kids, that island sunset, an old pair of flip flops, anything that says summer to you.

I don’t usually regret being a woman rather than a man except for two or three things. I was reminded of one yesterday as I read a traveller’s book.

I picked this book on my friend’s bookshelves because of its unusual format (it was a paperback which had the size of a graphic novel) and a book cover that caught my attention (a watercolor).

Bernard Ollivier, a former French journalist and a widower, decided ten years ago to embark on a long hike that would take him from Istanbul to XI’an. For those taking part in Treppenwitz 10K Challenge and who have recently become interested in counting steps, this is 18,000,000 steps.

With only a backpack on his back, he set off and walked on his own for several months in a row on the Silk Road. He tried to carry only a minimum so that his bag would not be unbearable. He only had a few dollars on him – and a credit card to withdraw cash in towns – and would stay with the people who invited him for the night or in cheap hotels.

This is when the sex factor comes into the picture. It is totally impossible to imagine a woman walking on her own and not only through Turkey and Iran, like Bernard Ollivier, but in most countries of the world.

Even though Ollivier’s itinerary was not one I would have chosen, it is the sort of experience I believe must be very enriching but also know I would never dream of undertaking.