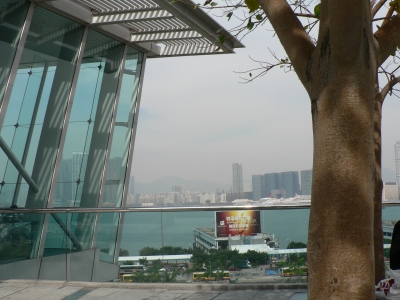 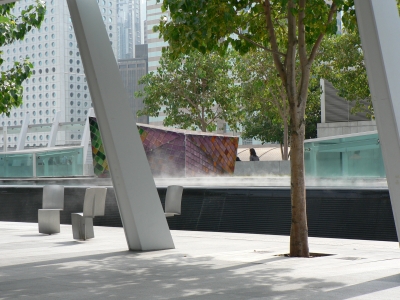 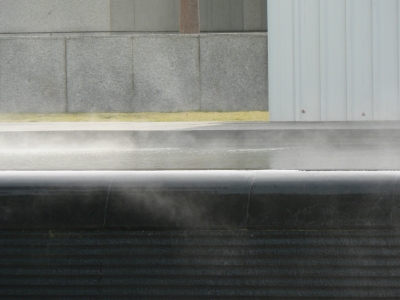 The International Finance Centre (abbr. IFC, branded as “ifc”) is an integrated commercial development on the waterfront of Hong Kong’s Central District. It has a roof garden with water fountains. 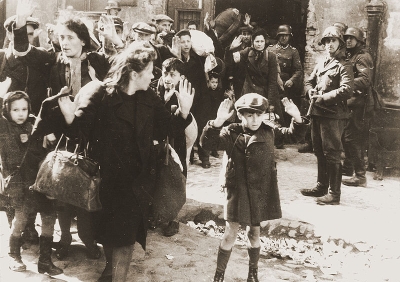 Last Sunday I listened to a wonderful podcast about the photo above. The radio host was interviewing a French historian, Frédéric Rousseau, who has just published a book about it, L’Enfant juif de Varsovie : Histoire d’une photographie. However, as I try to put this into words, I find it hard to convey and summarize what I heard. I’ll try and do my best.

This photo is probably the most well-known pictures of World War II. Yet Frédéric Rousseau fears it has been shown so much and in so many different occasions that it is about to lose its meaning as a testimony of Nazi horrors.

In fact this photo was not taken by someone who wished to denounce and expose how the Nazis treated the Jews but is part of a 53-shot series included in “The Stroop Report”. The German title of the report reads: “The Jewish Quarter of Warsaw is no more!” and was meant to highlight the efficiency of the Nazis under the field command of Jürgen Stroop who systematically burned and blew up the ghetto buildings, block by block, rounding up or murdering anybody they could capture.

This photo was used as evidence at the Nuremberg Trials along with the rest of the report before it “vanished” for about 15 years. The reason for its disappearance is probably that it did not fit with the image of European resistants that was popular at the time.

Then the shot reappeared inside history books and school textbooks, on bookcovers and posters. Neverteless it seems that the more it is shown the less it makes sense. From being a testimony the photo seems to have become a mere illustration.

One reason is that, far too often, the photo is cropped thus the German soldiers or/and the other ghetto inhabitants disappear from the shot making it lose some of its impact.

On one instance this shot was used for the bookcover of a book entitled The Yellow Star even though Polish Jews never wore a yellow star but an armband.

What really angers Frédéric Rousseau though is the fact that this photo is used to illustrate whatever happens to other little boys, even if the circumstances and eras are totally different. He concluded the interview by quoting another historian (whose name I have forgotten) who predicted that soon the photo would only be fully understod by a few “experts”.