One of the nursing homes in my hometown is currently holding an exhibition. It is an exhibition with a difference as the artists are some of the residents themselves.

Mrs B. (a former art teacher) volunteers once a week at the old people’s home. She has two groups: the people who suffer from Alzheimer’s disease and more able people. All of them are women.

It’s the first year the Alzheimer’s patients have attended the art workshop. They can only work for about 20 minutes as they have difficulties concentrating on what they are doing. When she works with them, Mrs B. is helped by one of the caretakers. This year she chose to start with crumpled papers.

The old ladies crumple a sheet of white paper. They dip it in water. Then they unfold it and crumple it again before dipping it into diluted ink. Finally the sheet is unfolded and dried. Some of the works can be seen on the stand. Others have been used as covers for the booklets which explain what has been done during the year.

The more able residents usually work for an hour each week. They started this workshop three years ago. As they age, Mrs B. has had to find new ideas and new techniques. One of the easiest for people who have difficulties holding objects is stenciling. They made stencils using foam and the first theme was lines and dots. So they each engraved their own pieces of foam, then used a rolling brush to put paint onto the foam before printing the paper with the stencils. At the top of the stand, there are red cards with black prints made with this technique. One of the ladies then made more pictures using the replica of a bird she had painted the previous year.

Finally, some of the residents took part in a local art competition between different nursing homes. The theme this year was “the four seasons. 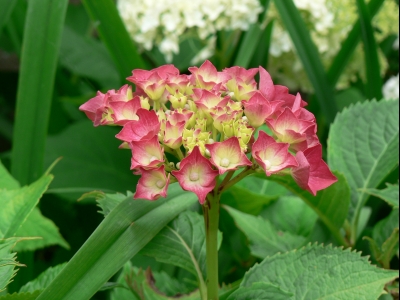 This week’s Haveil Havalim (the #171 edition) is up at Imabima while this month’s edition of Kosher Cooking Carnival is hosted by West Bank Mama. 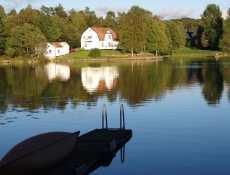 Everyone Needs Therapy gives sound advice to parents on how to bring about a healthy discussion about high-risk behavior with your teenagers.

At Hirhurim you will find the beginning of an ongoing series of guest posts by leaders from across the Jewish spectrum about why people become Orthodox. So far two Conservative rabbis, Rabbi David Wolpe and Rabbi Charles L. Arian, have shared insights.

Cooking with Yiddishe mama points to a CNN report about 5 foods that are good for you. A most welcome article as it includes 3 of my favorite foods.

I’ve just discovered a blog run by a young French woman who is studying to become a journalist. Apparently all the students in her school have been assigned to keep a blog. Yasmina has chosen to devote hers to Israeli films.

A great and quick recipe for leftover challah, originally found in Healthy Helpings by Norene Gilletz.

The patties are tasty and moist. Apparently, they freeze well and can also be reheated if made in advance. I much prefer salmon but you can also use tuna.

Slice two thick slices of challah and soak them in water.
Slice the onion and mix it with some dill and the finely sliced celery stick.
Add the two beaten eggs, some worcester sauce, 1 tbsp of lemon, a little tabasco, salt and pepper to taste to the mixture.
Add one tin of salmon (or tuna). Mix well.
Add the squeezed challah, mix again. Shape into patties and fry on medium-high heat. 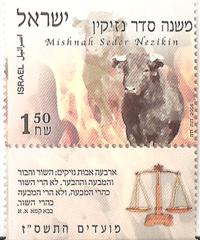 This is my second contribution to a summer exploration of Pirkei Avot along with Leora and Frumhouse. After a short discussion on its name, I decided to deal with two of its particularities.

Pirkei Avot is a tractate of the Mishnah. The Mishnah itself falls into six orders. Each order consists of 7-12 tractates; there are 63 tractates altogether. Pirkei Avot is the penultimate tractate in Nezikin (damages); an order which deals with with civil and criminal law, the functioning of the courts and oaths.

The Mishnah is the first part of the Talmud. It is a collection of legal opinions and debates and was compiled by Rabbi Judah haNasi, who feared the oral tradition might be forgotten, around 200 CE.

Since the statements in the Mishnah are particularly concise, they were analyzed, debated and discussed by later rabbis in Babylonia between 200 and 500 CE and in Israel between 200 and 400 CE. These discussions and exchanges make up the Gemara; there are therefore two Gemarot, a Babylonian Gemara and a Palestinian Gemara.

Hence it seems logical to assume that all Mishnah tractates have a commentary in the Gemara. However this is not the case; thus there are only 36 Talmudic developments in the Babylonian Talmud for 63 tractates. Some of these commentaries have been lost. Other tractates have had no analysis or developments because they have no, or little, Halakhic content. This is how the lack of a development for Pirkei Avot is explained.

It seems however that this tractate has inspired more later commentaries than any other single tractate. The oldest being one of the minor tractates of the Talmud, Avot deRabbi Nathan (“The Fathers according to Rabbi Nathan”), which constitutes an expansion of the Mishnaic tractate containing numerous additional ethical teachings and legends. Other famous classic commentators include Rashi, Simcha Ben Samuel of Vitry, a French Talmudist of the 11th and 12th centuries, and also Maimonides who, in 1168, published a comprehensive commentary on the Mishnah written in Arabic and which contains a famous introduction to Pirkei Avot.

More recently great Chassidic masters as well as Mussar teachers have added their commentaries so as to explain how the teachings in Pirkei Avot are relevant if we are to lead ethical lives.

For more recent references, you can read Leora’s post on books on Pirkei Avot which follows her introduction to the topic. 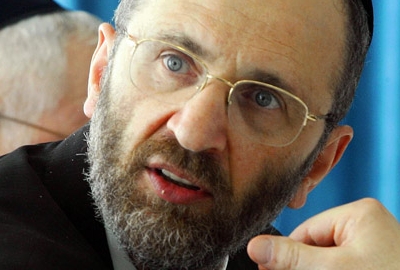 Gilles Bernheim has just been elected chief rabbi of France. He succeeds Joseph Sitruk who held this post for 21 years.

Bernheim was born in Aix-les-Bains in 1952 where he grew up. His parents would have liked their son to be a doctor but instead he studied philosophy and became a rabbi in 1978. After his marriage, he spent two years in a kollel in Jerusalem. He has been the rabbi of France’s largest synagogue in Paris for over ten years, la grande synagogue de Paris, and has written several books on Jewish ethics and modern issues. He has four children, two of which have settled in Israel.

The two men embody two different streams of French Judaism. Sitruk is closer to the yeshivah world and has backed the development of Chabad in France while Bernheim wishes to promote modern and open Orthodox values and commitments while tightening the bond between all Jews.

Just when we thought that anti-Semitic attacks in France were on the wane, a seventeen year-old was severely beaten up yesterday by a group of six or seven teenagers in the 19th district of Paris.

The boy was identified by his attackers as Jewish as he was wearing a kippah. He was walking in broad daylight through a neighborhood where many Jewish families live when this happened. The youths attacked him with metal bars, smashed his skull and broke several of his ribs. The young Lubavitch boy was taken to hospital where he is still in intensive care. His state is described as critical.

Police said they detained five people for questioning in connection with the beating. Numerous French politicians were quick to condemn the attack and reaffirm their determination “to fight all forms of racism, anti-Semitism and xenophobia.” While they are right to condemn this cowardly obnoxious attack, I wish they would stop treating racism and anti-Semitism as if they were one and the same thing. It is both inaccurate and completely counterproductive.

Update: Apparently this boy, Rudy, is no longer in a coma.

Like most Jewish women on a Friday, I’ve been baking. I made leek foccace and carrot cake.

The recipe for the foccace is not mine but comes from The Parve Baker.

As for the carrot cake, I posted the recipe on Wednesday.

Update: the foccace, piping hot from the oven, a few minutes before candle lighting.

It is always dificult to get students to work when the school year is virtually over. So last night I divised a quiz to keep my freshmen busy this morning.

Politics:
– Who is the British Prime Minister?
– Who are the two candidates for the American elections?
– What party do they belong to respectively?

Geography:
– It is the capital of Australia.
– Where is Pretoria?
– Its capital is New Delhi.
– This country was called the ‘land of wood and water’ by the Amerindians.
– Its capital is Wellington.

Sports:
– Football: who is the most popular French coach in England?
– Basketball: what team has just won the NBA finals?
– He earns a lot of money by playing golf.

Literature:
– He wrote The Hobbit and Lord of the Rings.
– This book sold 11 million copies the day it was released in July 2007.
– This famous English playwright was born in 1564 and died in 1616.
– He wrote David Copperfield.

Music:
– They sing A beautiful Lie.
– He was a Jamaican musician, singer-songwriter and died in 1981.
– Who were Mick Jagger, Keith Richards, Charlie Watts and Ronnie Wood?

Films:
– This film deals with a young Indian girl who wishes to become a professional soccer player.
– It is a war film and features Tom Hanks.
– She is the main actress in Bridget Jones’s Diary.

Famous (living) people:
– She nearly became the first woman US president.
– He co-founded Apple and created the Ipod.
– She is the first black woman, the second African American and the second woman to serve as Secretary of State.

There are 36 questions; the best team scored 22 and the worst only 9. 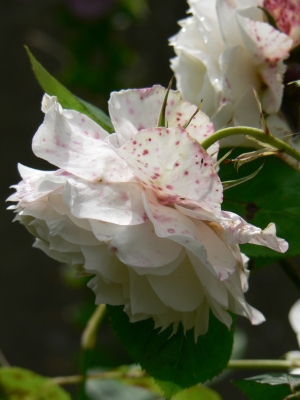 I found this recipe more than ten years ago in a cookbook on Moroccan Jewish Food.